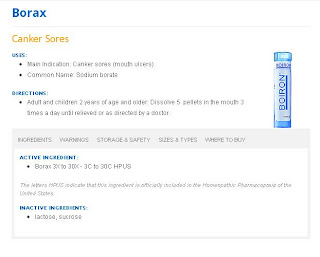 Kevin Nelson said…
Finding the right homeopathy advise, doctor and medicines got a lot whole easier with the durdanatariq.com website. Don't forget to visit this website for details.
November 24, 2020 at 2:13 AM

36i1t5nbfn said…
It’s inexpensive, equipped with a color screen, and easy to set up. But we had issues with print quality, and the printer sometimes stopped altogether in the middle of|in the midst of|in the course of} a job. Some printers have print beds made from supplies that prints adhere to extremely Glass Teapot Sets well—and judging from our experience, possibly somewhat too nicely. Adjusting print temperatures and some other settings can help stop sticking, however such tweaks aren’t always sufficient.
January 23, 2023 at 11:35 AM

I just saw that, in Canada alone, the ALS ice bucket challenge raised $16.2 million . I started thinking (surprise) and bouncing a few numbers around in my noodle. I think it's a reasonable guess that it took about 1 litre of potable water per dollar raised.  That's, conservatively, enough drinking water for 43000 people for a year.  It's not that ALS isn't a worthy cause. I'm not even talking about the pop-culture moment that was the ice bucket challenge. It's the cost that I'm having trouble reconciling.

I drive. I drive a lot. I have driven a lot as my career has found me on the road for many years. Right from the first time I saw one of these Grey Power ads, promoting better insurance for old people, they have annoyed the hell out of me. I see old drivers, I bob and weave to avoid old drivers. I've cringed and held my breath as an old fart in a Buick narrowly misses a pedestrian with the right-of-way. A remarkable feat! A few weeks ago, I was behind a little old darlin' in a Camry (decided to trade in the Buick Century, I guess) at a light. We were both waiting to turn left (T intersection, no on-coming traffic). The light turned green, she and I began to move into the intersection to make our turns. She suddenly stopped during this tricky maneuver - I dunno, maybe she thought she saw the Kaiser. So I stopped, to avoid the collision. She proceed to finish her turn, into the outside lane. Not the inside or immediate lane, as is appropriate and legal. I turned into t